In a post that has nothing to do with my new book release which has been consuming my time and thoughts for many days, I've decided to share a short story about acceptance. 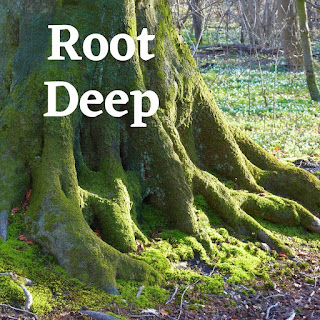 Root deep, Gareth felt autumn’s chill sinking into his world. Winter always made Gareth sluggish, and when he was unattached, he would have quit his human job and returned to his tree for the season.

But this fall, everything was different. He had a human wife.

It wasn’t something he’d planned. Spring had woken a yearning for connection and Laura came to his tree every day in the park. He loved the books he read over her shoulder, the photographs she took on her phone, the way she conversed with herself in writing. He had to meet her. Once met, the connection between them became undeniable. They met in the spring, married in the summer, and as the fall days weighed on him, Gareth didn’t think he could keep his secret.

Standing in the park, next to his root tree, Gareth felt a pull toward it. A tall cedar with curved branches which dipped close to the ground, Gareth’s tree could withstand any storm and stay green in all seasons. He loved his tree, his other self. He almost reached out and touched the trunk, but he stopped himself and shoved his hands in his pockets. He had to talk to Laura. She was meeting him here.

The sun light hit the golden leaves of a nearby maple tree, setting it on fire. As Gareth felt the sun’s warmth soak into him, Laura came around the trunk of the maple.

Laura’s graceful walk showed her connection to movement, her training as a dancer and an athlete. It was one of the many things Gareth loved about her. He held out his hands to her as she came up to him.

Taking his hands in her own slender ones, Laura gazed at him intently. “What is it, Gareth? You seemed so tired this morning and your voice, on the phone, sounded worried.”

Gareth wanted to pull her close, but he didn’t. He had to see her expression as he told her the truth.

“Laura, what I’m about to tell you, it may sound unbelievable, so I’m going to ask you to trust me long enough to demonstrate something.”

She frowned. “This doesn’t sound good.”

Gareth bit his lip, then spoke in a rush. “I’m a dryad, Laura. This is my tree.”

Laura stepped back and let go of his hands.

Gareth wanted to grab her hands again, but instead he reached out and touched his tree. The bark glowed and his hand became part of the trunk, his skin darkened to match the bark, and he knew his eyes had turned green.

Laura moved closer to him with her lips parted. “What are you?”

“A dryad. A tree spirit. I can stay in human form nearly all year long, but in the winter, I long to step into my tree, to sink into the roots for the season.”

Laura reached her hand out. “Don’t leave me, Gareth.”

A tear formed at the corner of her eye. “When will you come back out?”

She threw her arms around him. “Can you wait, just one more night?”

“Yes.” He withdrew his other hand from the bark and held her in his embrace. “Winter hasn’t come yet. I can wait until then.”

“Good. You have a lot of explaining to do.”


Posted by Tyrean Martinson at 5:51 PM

Oh, I like it!
Is this the opening of a book?
I need more of this.

Such a wonderful story! Thank you!

J - well, I hadn't intended it to be more than a little extra in a world I'm building for a book. Thank you!