Do You Have Goals? with Pictures

Do You Have Goals? is an encouraging blog hop started by Misha.
Please go here to see the full list of participants and to sign up.

Goals? What goals? Ohhh, those goals.
I lost track of my goals as I ran from one project to the next, from one exciting, life opportunity to the next challenge, to one day to the next.

So, let's just put that massive list of goals on hold for now.
What I really did:
1. I prepared for my three independent contract classes for homeschool co-op and taught a bit around my trip.

2. I wrote several worksheets for grammar. These focused on verb conjugation and verbals, such as gerunds, participles, and infinitives. (In current grammar standards, it is okay to spit infinitives like all Star Trek lovers who want to boldly go ...)

3. I went to the Czech Republic via Heathrow in London. This means, I left the states at 5:30 Pacific Time on a Monday, spent a four hour layover in Heathrow on Tuesday mid-day, and then arrived in Prague on Tuesday night.

4. I got to feel like a rock star! For the first time in my life, a taxi driver from a hotel stood at the airport arrivals area with my name on a sign. I almost took a picture of him and the sign because I was so thrilled. Yes, I'm a geek, but since he seemed embarrassed at the idea, I didn't take the picture.

5. If you haven't guessed, I traveled solo. I left one day after Team USA and after most of the parents who went. This meant I toured solo most of the first day and part of the second. It challenged my perception of myself and helped me realize that I do have the ability to travel in a foreign country, figure out planes, taxis, trains, and directions without a travel buddy, and even without working data on my phone since the international data plan I thought I had didn't work for most of the trip. (My husband stayed home (again!) but if my daughter makes it next year, I will drag him with me somehow - not because I have to someone to lean on to travel but because I really want him with me.)

6. I had an awesome trip, saw amazing sights, and watched Team USA race at the Olympic Hopes Regatta for three days in Racice, Czech Republic. I highly recommend visiting Prague, Karlstejn Castle (southwest of Prague via train), and the countryside in the Czech Republic. The following pics are just a small taste of what I saw: 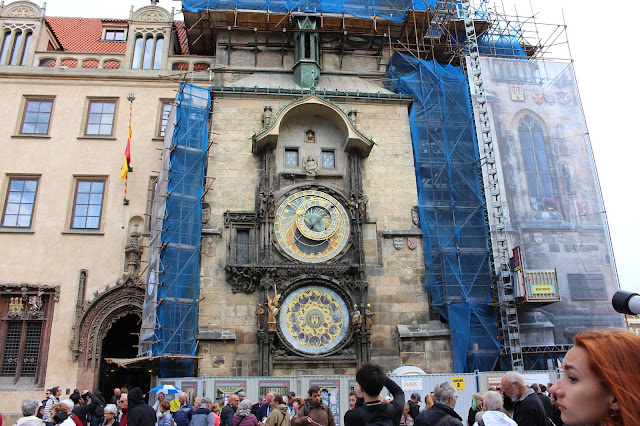 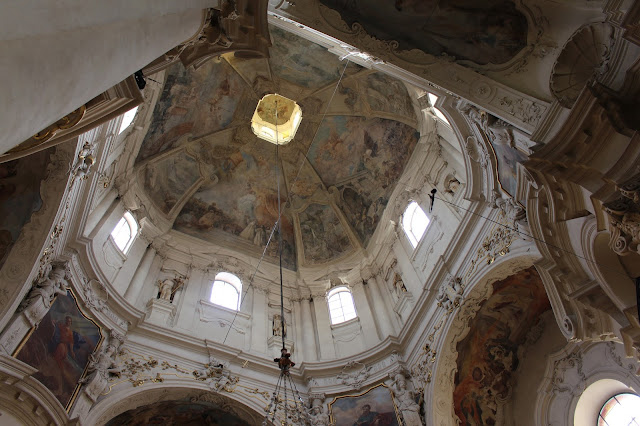 The ceiling of a small Hussite Church that I happened upon when I was sort of lost. 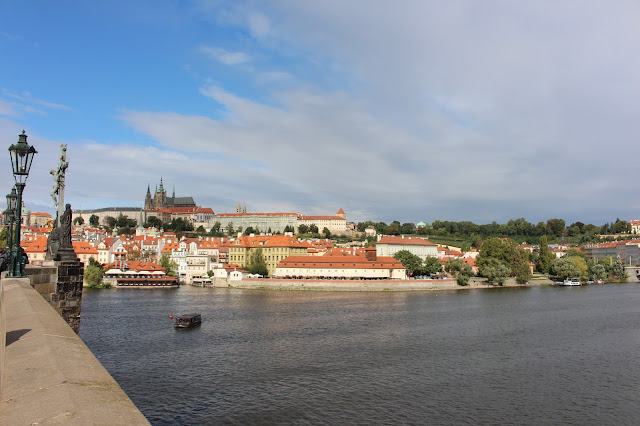 One small view from St. Charles Bridge in Prague 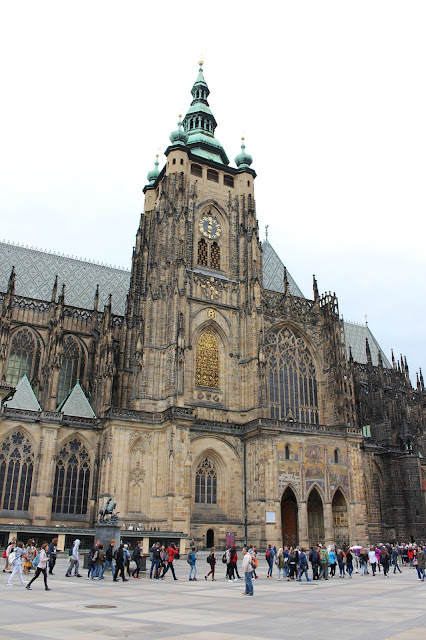 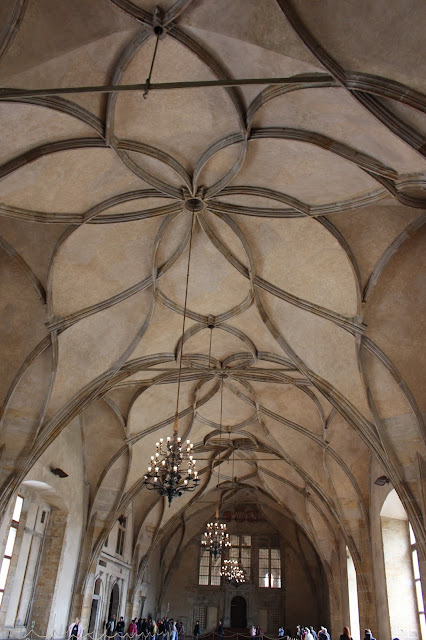 Part of the old section of Prague Castle - which is a working castle in other sections. 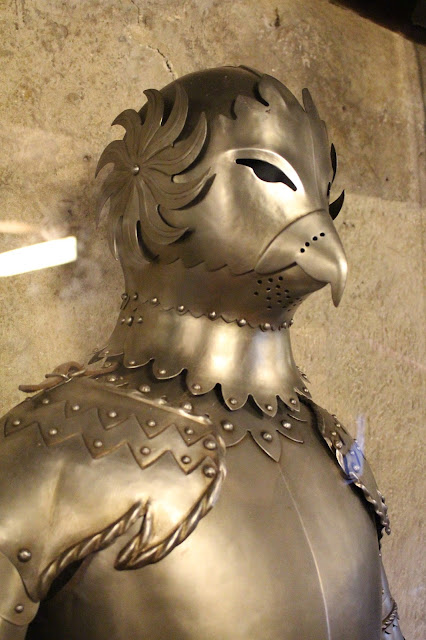 One of the armor exhibits in a small section of the Golden Lane in Prague Castle. 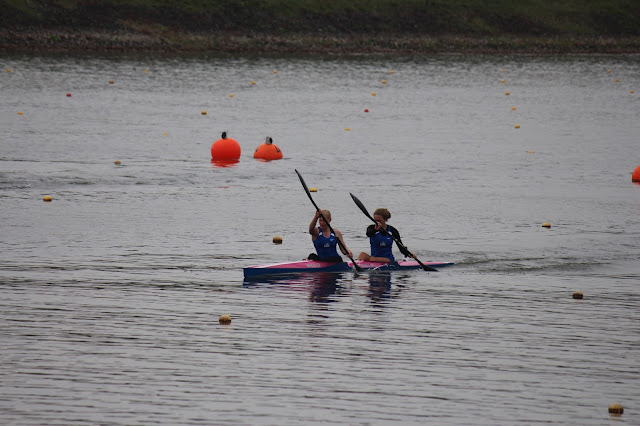 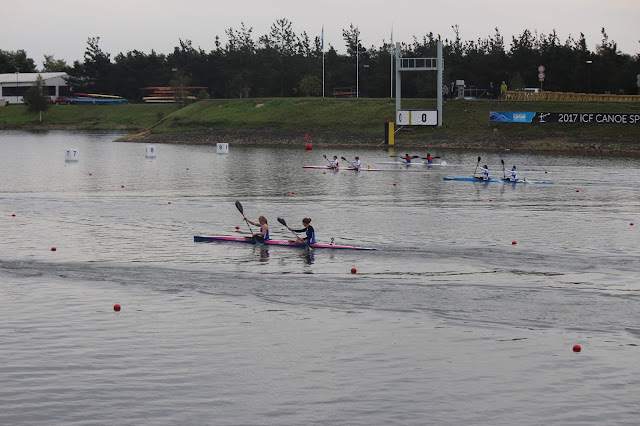 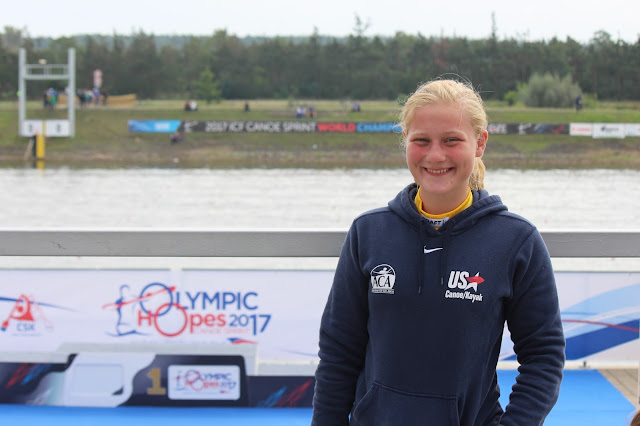 7. I didn't get all the research done that I wanted, but I did do some travel journaling on my pc, in a notebook, and on my phone.

8. On the way back, I had a seven hour layover in London so I left the airport, rode Heathrow Express, rode the tube (underground), and took a short walking tour from Westminster to Buckingham Palace via Leicester Square and Picadilly Circus. In Leicester Square, they were getting ready for the red carpet premier of the second Kingsman movie ... if I just had a longer layover, I could have been a crazy fan and waited around to take pictures of Colin Firth! :) But, I just kept walking and went to Waterstones, the largest bookstore in London, instead. I made it back to Heathrow in time to go through all the security and get to my gate with 20 minutes to spare before boarding even started. It was the ideal way to spend a layover in London and I am glad I had the opportunity. 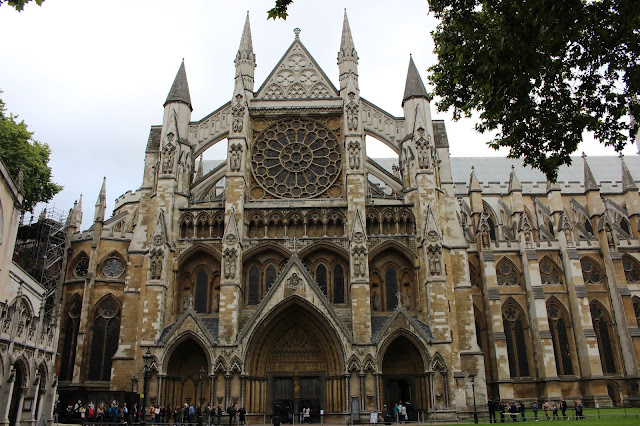 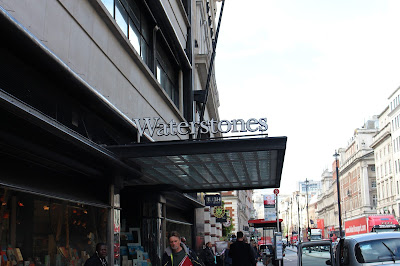 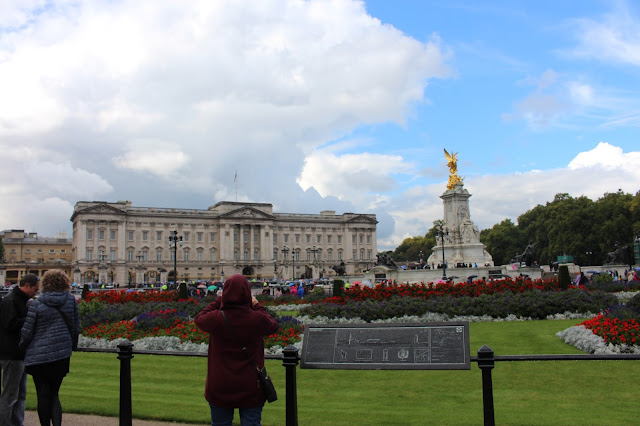 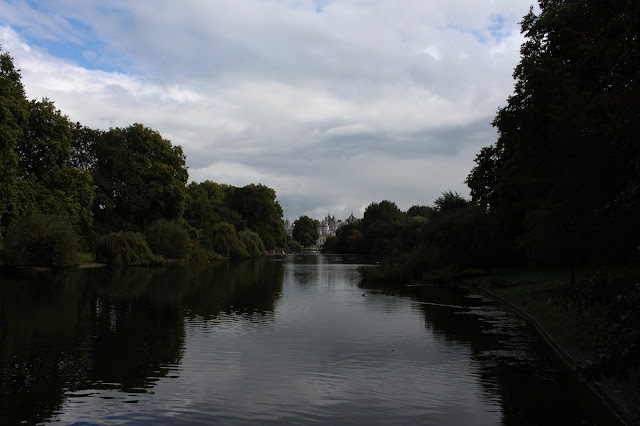 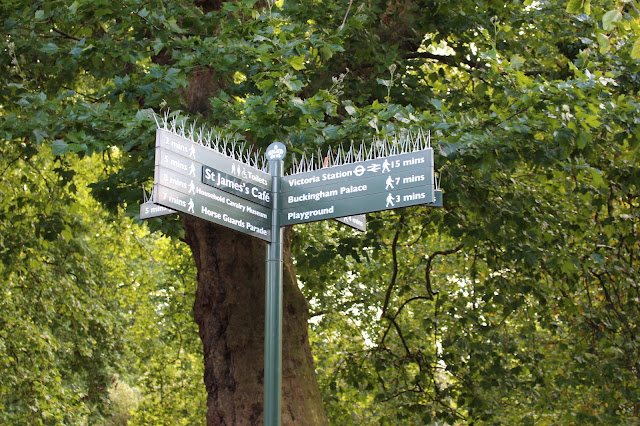 I feel like traveling changes my perceptions and broadens the horizons I allow myself to see. I gain confidence from adventures and I am incredibly thankful for the chance to see a small part of the wide world beyond my usual corner. I hope to share some more in-depth insights from specific parts of the trip in future posts. As it is, I feel like this is a bit overly long for a goals update day. (sorry)

By the way, Team USA placed seventh overall out of thirty-three countries competing at the Olympic Hopes Regatta this year. One of our female canoeists - hailing from the Seattle team - won two gold medals and a silver medal. These are the first gold and silver medals ever won by the USA at an Olympic Hopes Canoe and Kayak Regatta.
(Last year, two young women received a bronze in a C2 race.)
Points are earned for the teams by individual race medals, placement in the finals, and the number of athletes who make semi-finals. Each athlete competes in three or more races at these events with three distances - 1000m, 500m, and 200m - broken into age categories, gender categories, and then individual or small team boat categories - K1, K2, K4, C1, C2, C4. K means Kayak, C means Canoe, and the number means the number of people in the boat.
900 athletes competed from all parts of the globe.

Next month, I'll get back to regular goals.
Posted by Tyrean Martinson at 1:59 PM 13 comments: