A Rich Palate for the Traveling Writer and the Not Guilty Book Tour!

I’m delighted today to welcome author C. Lee McKenzie to my site to talk about her latest release, NOT GUILTY, as part of her MC Book Tour Blog adventure.


After you find out more about C. Lee and this tantalizing new story, be sure to enter Lee’s giveaway featured below.

A Rich Palate for the Traveling Writer
By Guest C. Lee McKenzie, the YA author of Not Guilty 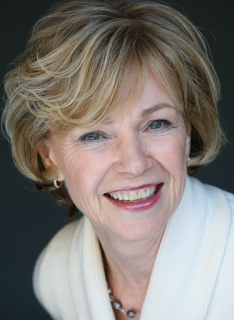 Hi Tyrean. It’s great to be at your place today, and thanks for the question you asked me:
How Do Travels Influence Your Writing?

This question couldn't have come at a more perfect time because I’m on a trip, and I have a chance to answer it while I make my way around Morocco.

On this journey, I’ve moved from large cities like Fes and Marrakech to the vast Sahara desert and passed through small villages, so I’ve interacted with a lot of different Moroccans--those who speak English, French, and Spanish as well as their native language, and those who speak only their native tongue and have never left their birthplace.

When I arrived, two things immediately struck me. First, the people’s speaking distance between themselves and strangers is closer than for the North American. I found myself stepping back at first to keep my comfort zone, but of course they only stepped forward to keep theirs.

Also they touch frequently,. Even if they don’t know you, they like to take your arm or rest their hand on your shoulder. With friends they might hold hands. Men will easily walk hand in hand while they chat.

These aren’t earthshaking differences, but if you’re thinking of crafting a scene between Moroccan and North American characters, you can use them. Here’s a scene I wrote as an example:

Heat shimmered up from the mosaic floor tiles. The ceiling had long ago collapsed and the sun blazed overhead like a slightly off center chandelier.

Ben lifted one foot, then the other in an effort to cool his thin-soled sandals.

“Monsieur, WC is only there.” The guide motioned to his left, totally mis-reading his client’s discomfort.

The guide pulled him into the slice of shade along one wall, and keeping a grip on his arm, leaned close. “Here is the hamam, you see. And--” now pulling him into another dark ruin of a room “--the cauldera. It is here.”

Ben tried to step away, but the wall was at his back so there was no putting any distance between him and his guide who always seemed about to embrace him.

This was his fourth hamam, so Ben had become bi-lingual when it came to discussing the bathrooms of a “typical” historical Moroccan riad. He’d like to free his arm, but that didn’t seem possible. The guide was on a mission to drag him from room to room until they’d visited this entire hotel that had seen its last guest sometime in the second century.

The contrasts between cultures offer a rich palate of opportunities for creating humor or drama in stories. The misunderstandings, the discomforts, the moments of enlightenment when different cultures come in contact are unlimited.

I’ve also discovered that when I’m traveling, these contrasts make me more keenly aware of my own culture. If you see a schematic of  any culture, it looks a lot like an iceberg--most of it out of sight and out of awareness, particularly the culture you exist in. By culture I don’t mean art or language or how we dress, I mean how we treat time, space and other silent forms of communication, like the ones I’ve mentioned above.

You don’t have to travel to other countries to find differences between people. In my books, I often include U.S. characters from different backgrounds, and one of the main themes I like to explore in all of my young adult books is our uniqueness as well as how much we’re alike. No matter how different we look, sound, behave in our communities we have underneath our veneer of culture, a common humanity--a need for safety, food, and shelter, a love of family and friends; a desire to succeed and be recognized--all in degrees, of course, but things that are basic to human existence.

Travel in the U.S. brings me together with people of all ages, education, ethnic, and economic backgrounds. In Not Guilty, I used some of those experiences to tackle the story of an anglo middle class kid who winds up in juvenile hall where he meets others with a different life experience--experience he lacks but desperately needs once he’s in trouble. His life-long friends abandon him, but he discovers his new ones will stand by him regardless of his short-comings.

Here’ s scene in juvie between Devon, the MC, and his new friends, Tats, Chewy, and Ice. He finally trusts them enough to tell them his plan for proving himself innocent.

“Hey.” Devon coughed. Nervous because he wasn’t sure his plan was good. “I’ve laid out some ways to find the guy I’m serving time for. Want to hear it?”

He did. And they listened without breaking in. When he finished, nobody said anything. “Well?”

Chewy finally broke the silence. “Grandma Marika says, ‘The proof’s in the pudding.’”

Tats cut Chewy off. “—if something’s good until you start to eat it.”

“Ah! Okay. Now why don’t you two say it clear like English does?”

“Go to sleep, Ice. Give your brain a rest.” Tats cut a big one, and they all laughed.

Devon closed his eyes, thinking how much he was going to miss these guys.

Thanks once again, Tyrean for letting me visit. I hope your readers found something useful in the post. 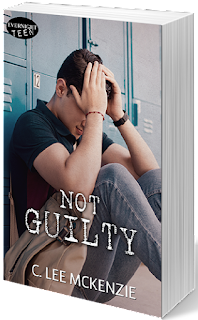 A blood-smeared knife. One young man’s word against another. A lifetime dream crushed.
The evidence points to Devon Carlyle. He was there when it happened. Everyone knows he had it in for Renzo Costa. And Costa says Devon was the one. In the judge’s rap of a gavel, Devon’s found guilty of assault. The star of the Oceanside High’s basketball team loses his shot at the one thing he’s worked so hard for—the championship game where college scouts could see how good he is.
Now he makes his great shots in Juvenile Hall with kids far different from those that have always been in his life.
Angry? Hell, yes.
He’s bent on finding who did the crime. He’s bent on making them pay because he’s Not Guilty.
But can he prove it?


A SUPER SHORT REVIEW FOR NOT GUILTY - FROM TYREAN
Devon is one of those guys. Everything in his life seems to be going right, and then it all goes devastatingly wrong. Even knowing Devon wasn't guilty, I wondered how he would prove himself innocent. All the evidence is against him. He's at the wrong place and the wrong time. He gets thrown in Juvie. He's angry. He's grieving. And, life on the inside isn't easy.
Devon was one of those characters who, once I stepped into his messy story, I started rooting for. His inner dialogue, his way of struggling through, really made him a "real" character and I felt drawn into his dilemma and his world right away. The writing in this book is excellent. The story-line is gripping, and I think anyone who picks it up is going to be hoping Devon manages to prove that he's Not Guilty.

For those who aren’t familiar with the author, here’s a bit of background on her.

C. Lee McKenzie has a background in Linguistics and Inter-Cultural Communication, but these days her greatest passion is writing for young readers. She has published five young adult novels: Sliding on the Edge, The Princess of Las Pulgas, Double Negative, and Sudden Secrets. Not Guilty is her most recent one.

Sometimes she likes to jump into the world of the fantastic and when she does, she writes for the middle-grade reader. Some Very Messy Medieval Magick is the third book in the time-travel adventures of Pete and Weasel, with Alligators Overhead and The Great Time Lock Disaster being the first two. Sign of the Green Dragon, a stand-alone, takes the reader into ancient Chinese dragon myths and a quest for treasure.

When she’s not writing she’s hiking or traveling or practicing yoga or asking a lot of questions about things she still doesn’t understand.

NOT GUILTY can be found Smashwords, Barnes & Noble, and Kobo.

The author’s other young adult books include: Sliding on the Edge, Princess of Las Pulgas, Double Negative, Sudden Secrets

With Halloween celebrated this week, Lee’s giving away five digital copies of NOT GUILTY and a $10 Amazon Gift Certificate. This tour-wide giveaway will end at midnight on Tuesday, Nov. 5th.

To enter the giveaway, just click on the Rafflecopter widget below and follow the instructions. The widget may take a few seconds to load so please be patient. If the widget doesn’t show up, just click HERE and you’ll be directed to the widget.

Thanks for stopping by today during Lee’s visit. Do you enjoy stories where the underdog becomes the champion? Don’t forget to enter the giveaway.

a Rafflecopter giveaway
Posted by Tyrean Martinson at 6:30 AM

Hi Tyrean,
Thank you again for joining in to help me launch Not Guilty. You're a great blogger friend, and I appreciate the help and the review a lot.

I have the hugest buffer zone. I've been backed into corners by close talkers. LOL. But I'm working on relaxing.

It's fun learning how travel can influence your writing. Tyrean I enjoyed your review. Thanks for being a part of Lee's tour.

Travel adds a great depth to a story. Yes, even in the US, there are many small differences. The South is more touchy-feely and laid back than up north. I'm sure people from Jersey are unnerved the first time they venture south and everyone wants to touch or hug them! LOL