Wise and Beautiful Editors Who Say NO? 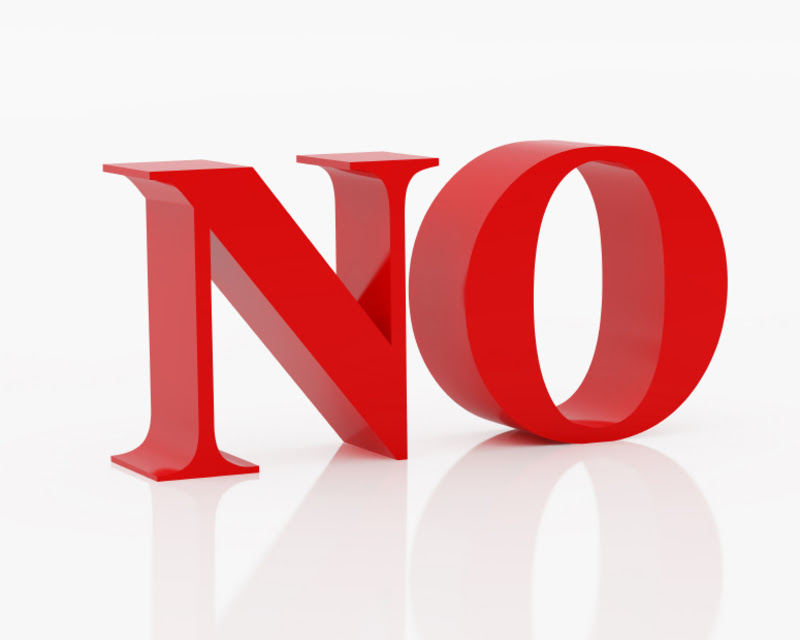 Ok, I admit it, I don't like getting rejection letters when I get them. Who does?

However, I have learned from experience that sometimes NO is actually the best answer.

Did I just say that?

NO is the right answer to my work that I've shed sweat over?

Yes, sometimes NO is the right answer.

Because sometimes even though I think my writing that I've submitted is polished, finished, wonderful, etc. it really isn't. And I can't always see that when I'm excited about it.

After I've gotten over the stinging sadness of rejection that comes no matter how much I steel myself for it, I often go back and read through both the letter and my work. You know what I find?

That often the editor had good reason to say NO. Sad, but true. When I can get distant enough from my work, I can see where I may have submitted it to the wrong market, or that I didn't really convey my thoughts with my words well enough for the editor to see my vision.

There are even moments when editors have said YES, when I reealize later that I wish they had said NO.

In college I had a poem published that had two foul words in it and took a harsh, painful look at the depths of fear. If I had exchanged those two words for others, I think the poem could have had the same hard impact, but with less confusion over my subject matter, and with less fall out from friends and acquaintances. People I knew actually refused to speak to me after that poem was published. And I understood. I had crossed a line. I wished the editor had said NO. I had a few poems published in the school newspaper after that and then I stopped submitting my work for years. I didn't actually know if I wanted to be published without any editorial stopguards.

Editors who say NO can actually save our reputations as writers.

It's something I try to keep in mind when that sting of rejection hits.

What do you think? Do Editors save us from ourselves sometimes? Are they wise when they say NO?

Posted by Tyrean Martinson at 6:33 AM

Of course, most of the time editors are trying to save themselves from us, but sometimes they do save us from ourselves in the process. Along with your example (wait, people really stopped talking to because of a poem? Unless it specifically embarrassed them or alerted the authorities to their illegal behavior, they're the ones to blame), all we need to demonstrate why "No" can be a good thing is to look at much of the self-published books out there today. Seeking quality in self-pub is more difficult than finding a needle in a bookstack.

I think editors are often wise in saying no. Though sometimes they say no for reasons other than bad quality, like the story is well written but just not their style, or they have to choose between five really good submissions and pick one of the others instead of yours. I agree we can learn from our mistakes, persevere, and keep submitting.

Interesting thoughts. I agree that my rejections from editors were more helpful than from agents. Then again, they also read all of my work and the agents didn't get past my query letter.

I think they can to a degree, especially with our work.
A no could also save us from working with an editor who isn't passionate about our work. That doesn't sound like fun either.

I agree with Allison. As an Editor, I am often looking for manuscripts that fit specific criteria. And most of the time you have to say no, based on what a publisher is willing to pick up. A lot of it is timing too. A rejected manuscript today, maybe the hottest thing ever 2 years from now, based on the right conditions. Thanks for a great post.

Nate - "trying to save themselves from us" - yes sometimes I think they are, and in the self-pub market I've been finding better quality lately - not sure why, but it seems like more self-pub authors are taking the time to get edited and really think about their projects before they hit the virtual shelves.

E.R. - My interaction with editors has mainly been through short story and poetry venues, and 90% of their letters have been helpful. I can imagine that agents, swamped with query letters, are probably not giving out many writing tips.

James - Thanks for the insight!

rejection is the only way we learn and get better!
it means we arent ready yet!

i plan on being rejected for both my editor pitch sessions this weekend, but then i will have the experience & more knowledge =)

I think you are right. Besides an answer of no is better than getting no answer at all.

Lee
An A to Z Co-Host
Tossing It Out

I think NO can be a good thing in the end because every writer wants to find an agent or editor who is genuinely interested in the book and wants to work with the author to make it better. I'd rather get a 'no' than a 'ummm...yeah...ok...I'll take a chance on this and see what happens...' Great post! :)

Tara - I hope your pitch meets with success and a "yes!"

Arlee - I agree. I've had a few "no reply" type responses and those are far worse than no.