Pop! I'm back at my blog, just in time for an interview with Pop Travel author, Tara Tyler!
My questions are in the usual font, and Tara's answers are in purple.

Pop Travel is instantaneous, and it sounds like the perfect way to jet around the world. If you could Pop anywhere right now, where would it be?
To London so I could meet my crit partner and lots of blog friends there - it's going to take me a while, but someday I'll make it over!

How did you come up with the name for Pop Travel?
Ah, yes. The name comes from the concept of teleportation as I see it. When the process of gathering a person's micro-particles is complete, there is a pop. Hence, Pop Travel. Plus it sounded good!

The dream of teleportation has been around for a while, but you've taken it in a new and unique direction, so I have to ask, how did you start the book? Did you start with the concept of Pop Travel, and then go from there? Or did you come up with Cooper's character first? Or did it all come together right away?
It started as a result of the heightened airport security from terrorism scares – there had to be a better way to travel and not be exposed to and groped by TSA strangers! Wouldn't teleportation be cool! But every new technology has glitches and needs a hero to save everyone from greedy bad guys who cheat the system no matter the cost!

I loved Pop Travel, and I struggled to come up with interview questions that wouldn't give away any spoilers and now I'm looking forward to the sequel, Simulation. Did you have a plan for the sequel when you started Pop Travel, or did something in Pop Travel give you the idea while you were writing it?
So glad you did and thanks for the great review! Oh, I'm excited about Simulation – really getting into it right now. It stemmed from something Hasan mentioned in Pop Travel, about his dumb androids and how he wanted to improve their programming. Then, his opportunist cousin steals his research to sell to the highest bidder! I've also got an outline for the third one, Disposal!

So, there's this scene (hopefully not too much of a spoiler alert) in which you describe secret entrances and such at a Southern mansion. Do Southern mansions have secret tunnels and hallways? I've always kind of wondered. :)
There is a famous pirate tunnel in Savannah, Georgia and there are ghost stories floating around many old plantations, mostly in spooky Louisiana. Then there's the Underground Railroad, which was a code name for the escape route slaves could take to freedom, stopping at safe house "stations" along the way with "conductors" guiding them along. Some of the stations were rumored to have tunnels between them.

Thanks for the great questions! I haven't answered any like this yet. I really enjoyed it!
Thanks Tara!
And here's the scoop on Pop Travel!

Pop Travel by Tara Tyler
A tale of deception and teleportation.

When a distraught client enters J.L. Cooper's small town detective agency ranting about a pop travel teleportation cover up, Cooper takes the case. He blames pop travel indirectly for his wife's death and would love to expose a glitch in it.

But the glitch turns out to be disintegrating travelers. And now, his client is dead, his secretary is missing, and a hitman is stalking him. Plus there's all the webcams watching his every move. So, Cooper has to find a way to expose the deadly flaw, while using pop travel to escape the maniacs covering it up, not to mention save a couple of tag-alongs he's not sure he can trust. No problem. 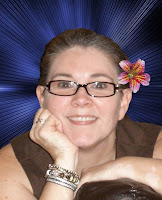 After having a hand in everything from waitressing to teaching math to rocket engineering Tara Tyler now writes and teaches in Ohio with her three active boys and Coach Husband. In addition to her novels, she has published short stories and poetry in Science Fiction, Fantasy, Thriller, and Humor. So many stories to tell!
Posted by Tyrean Martinson at 5:30 AM

I hate to fly as well, but trust me, you'll be so excited to fly over to London it won't even bother you.
I'm still hoping for teleportation. Soon.
Congratulations, Tara!

Alex - Flying is thrilling in small planes, and in large ones it's kind of like riding a bus with wings. :) however, flying to London is always exciting!

I would love to fly to London right now. If only!
I'd also love it if teleportation was real but I don't think I'd trust it either. I'm kind of a wimp LOL.

Fascinating that it started with airport security. That is never a fun experience.

Flying can be downright tricky. Especially if you encounter a lot of turbulence. Really love this book cover!
Nutschell
www.thewritingnut.com

Really fascinating interview!
If I could avoid being groped by the TSA strangers then for sure sign me up for teleportation! Goodness, so cool to learn about the pirate tunnel ;)

Good luck and have fun with Simulation, Tara!

Teleportation? Mmm. Not sure. Maybe after it's been tried and tested.
For now, give me the familiar aeroplane...

I don't care to fly anymore. They've made it so unpleasant. I hope Tara is selling tons of books!

Great interview! Pop Travel sounds like such a fascinating book. And I agree, London would be a cool place to visit!

Julie - London sounds wonderful to me too! :) Thanks!

Diane - going through TSA is never fun, but it also depends on the day.

Nutschell - flying in turbulence is fun ... if you trust the plane and the pilot. :) (I grew up flying with my dad) I love Tara's book cover too.

SK - Yes, I think the tunnel is really cool too!

Michelle - Airplanes are great. (sorry, folks, that's just how I feel about them)

Mary - I hope that Tara is selling lots of books too. Happy Wednesday!

Heather - Thanks! Pop Travel is a great book!

tyrean!!! thanks so much for hosting me! what fun i had answering those questions!

alex, i'd be a doubter & fly, i still send checks in the mail cuz i dont trust the epay stuff!

julie, im a wimp too! london, where for art thou!

diane, and youd think it cant get worse but i bet it does... darn those evil minds!

natalie, thanks! i went as a teen, i remember very small hotel rooms

nutshell, i hate turbulence! thank you!

sk, thanks! ive always wanted to tour a tunnel, been in mines & its scary and dark!

mish, im with you!

heather, thank you! it was fun to write!

Pretty pic!! I'm always up for learning something new about a fellow writer :)

Now I want to read this book. So many great books coming out and not enough time to read them 8-P I will have to add it to my list and see if I can get to it soon because it sounds like a great book.

Good science fiction always comes up with nicknames for complex concepts like FIREFLY'S 'verse. I still love the concept Tara. Thanks for letting us pop in on Tara, Tyrean!

Great questions. I'd love pop travel. Shame it doesn't exist yet. The book, however, I'm looking forward to reading it. (I'm slowly working through my tbr list)

randi lee, thank you! i like to learn about fellow writers too!
jack, i know about tbr lists! thanks!
maurice, loooove firefly! and love making up nicknames =)
lynda, thanks! i appreciate it! my tbr list is endless!!

I think there should be a sound for teleporting. A pop works just fine.

Even Star Trek had that weird sound when people were beamed up and down.