(BTW, this is an image of the Gillespie Cemetery in Eugene, Oregon where many of my ancestors were laid to rest. It overlooks the city of Eugene and the earliest grave is from the 1850s.)


This post started as an overly long comment at Krystal Jane Ruin's blog:
See the original here: http://krystalsquared.net/2019/07/31/the-graveyard-of-crap-i-need-to-rewrite/#comment-4820
I just went through my load of old junk stories (and look through some ancient journals) and started making plans for which ones might make the cut for the fall/winter cycle. I chose four to peruse in August, meaning I hope to get 3,000 more words on each of them, kick them around for a while (not literally), do some character vignettes, make partial outlines I'll probably ignore, and then decide on just one WIP for the whole month of September. (I'm not ready for that painful decision yet.) I have a "it should be done, I thought it was done" project that I think needs five more chapters - agh! Yet, this was the conclusion of two alpha readers so I can't just ignore them entirely. I have a fantasy set in an old world (world of my first trilogy), a SF book that will not be named just now, and a non-fiction book that I think will be something I poke at for the next 12 months - adding a few words to the petri dish of doom on a regular basis. (And there's three other projects wailing for my attention sporadically - but they have to wait at least until winter - "sends ideas to corner.")
And, then there's that short story ... hmm. Well, it might get a weekend for a fling. :)

So, what happened after I wrote that comment?
I created some handwritten SMART goals to help me spend time with the various projects and make a decision. Then, I wrote a completely new short story between races at Nationals, while I was operating a video camera in 95 degree heat with high humidity, you know, cause that's what you do when you are craving words and your own daughter isn't racing for a few hours. I did actually manage to video the races, but I was typing madly on my phone between each race.

Then, I had this idea. It was a terrifying idea. Not a horror story, but a genre I'm terrified of writing. I decided to write it. Two days into it and I had over 5,000 words, two main characters I cared about, and a small subset of secondary characters who were helpful, but not hindrances. I had a setting (Portland), and my characters had story-worthy problems. But, I was still terrified. And, I kept writing.

Despite this new story world, I did make my SMART goals about the other projects, spending 3,000 words on each of them, checking in with the messes that they are, and making a decision about my focus points for September.

All other projects are being stuffed back into files and file folders and told to wait their turn. It's painful, but I'm not ready for them yet. If I finish the terrifying project by October 1st, then I will choose the next "draft push" project to work on while I do a read-over of the terrifying project.

Do you have any book graveyards?

And, have you read Krystal's latest book yet?
In addition to writing great blog posts that get me thinking about how to tackle my own work, she recently released a book of poetry. I've been reading the book and like it so far, so if you like poetry check it out: 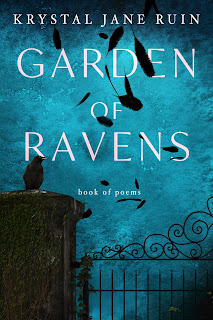 And, if you haven't sent in your entry for the 2019 IWSG Anthology Contest, send it NOW!!! Details found by hitting the underlined link. 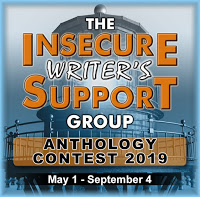 Posted by Tyrean Martinson at 9:08 PM

Yay for terrifying projects! That's exciting! I love how you're able to keep up with everything.

There's definitely a lot in the book graveyard on my side. Lol! I love that picture by the way. And thanks for the shout out! ^_^

Hi Tyrean - so pleased you were able to get something done, in between videoing the races - I hope your daughter and her team had a successful weekend.

I think I need to follow your advice and have those daily goals in front of me - so I can cut through things and get on with life, rather than constantly catching up ... and never reading.

The graveyard ... must tell you lots of tales waiting to be brought back to life? Take care and here's to the autumn and success - cheers Hilary

Fascinated by your goals, and hope you manage to fulfil them. I too have ‘graveyards’, Tyrean, and at my age, time is in short supply to resurrect them. So I’m determined to complete one book promise made to myself at the beginning of the year. We’ll both see what happens, good luck 🤗🌹

Now that's a plan. Wow, I feel like a slug - one project and I get excited if I hit a thousand words a day.
The short story the comes after my last book was written for one person and that's all right.

Good luck on the terrifying project. I'm so curious. And I admire you for working at so many projects at one time.

I do have books in the book graveyard. I keep planning to work better and faster, but slow and plodding seems to be my way of life.

I'm really curious about your terrifying project. Making a plan is better than scattershot all over the place.

Eugene, OR - that's where I was born.

I'm in the middle of brainstorming two bigger projects, trying to pick one to outline, etc for the next couple of months then work on during NaNo.

I definitely have a book graveyard. And I recently opened one and started rewriting it again for the millionth time even though i have no idea if the plot will work and I have other stories I really need to work on.